Q.    Why do planes fly circuits?
A.    Circuit training is an essential part of flying training as decreed by the Civil Aviation Act and Regulations

Q.    What is a circuit?
A.    Flying circuits is a mandatory requirement of flying training.  With the prime objective to practice take-off, approach and landing techniques at an airport.
Stages of a circuit:

Q    Why do aircraft fly over my area at night?
A    The airport must be open 24 hours a day, 7 days a week and some aircraft will arrive and depart at night.  Also night circuit flying is an important part of advance pilot training and therefore advanced flying students will be required to complete a portion of night circuits.  There is only one lit runway at Parafield, runway “Zero Three Left, Two One Right (03L/21R) and therefore aircraft can only fly on the Western circuit.  Due to courses reaching differing stages, this will mean some nights will have multiple aircraft operating and other nights none at all.

Q.    Why doesn’t the Airport stop noisy planes from flying?
A.    All aircraft operating in Australia are required to meet an airworthiness standard decreed by the Civil Aviation Safety Authority (CASA), part of which is compliance to a noise measurement standard.  As an airport operator, Parafield Airport Limited does not have any juristictional delegations to direct who can and cannot use the airport or airspace around it.  In fact we are directed by law to not prevent the landing of any aircraft licenced to operate into an airport of Parafield’s capacity.

Q.    Why is early morning a good time for flying?
A.    Early morning is often still air and is good for flight, but training flights are generally spread over the daylight hours, depending on weather conditions.

Q.    Why don’t the aircraft fly over parks instead of houses?
A.    Circuit flying is mandated by CASA guidelines and must be obeyed, but like cars, buses and other forms of transport no two aircraft have the same turning circle or performance characteristics.  Therefore a circuit in one type of aircraft will vary from that of another.

Q.    Who decides where the planes fly?
A.    Flying rules dictate airspace, circuit patterns,  and arrival and departure paths to ensure the safe operation of aircraft operating in our skies.

These are listed in various pilot documents and charts.  Other information regarding arrival and departure tracks can be found on CASA’s website under theheading of “On Track“.  This gives visual footage for pilots unfamiliar with Parafield to use for flight planning.

Q.    What is Fly Friendly?
A.    The Parafield Fly Friendly Program is a set of guidelines that the Flying Training Schools voluntarily agree to in order to minimise impact of flying on local residents.  A technical committee comprised of representatives of the flying training schools, CASA, Airservices Australia (Air Traffic Control) and other members of the aviation community meet four times a year and discuss technical issues such as development and review of the Fly Friendly Program and proposals to apply for changes to airspace.  We invite your comment on the Fly Friendly Program. Contact us

Q.    What does the Airport do to assist the Community?
A.    The assistance the airport brings to community can be assessed in two specific fields:-
1. Socio Economic
Parafield Airport as a whole is assessed as making a contribution of $184.3 million to Gross State Product and supports 1,007 full time equivalent jobs annually.

2. Community Investment
We partner responsibly with the community and invest where it will generate a lasting community benefit.

Our Community Investment Strategy is designed to ensure our investment enhances community benefit and complements our corporate and business goals.

‘Three Pillars’ of Sponsorship are drawn from our Vision and Mission:

Q.    How is Flying Training changing?
A.    There are many flying training initiatives under way at Parafield which are changes from traditional norms:

Changes to training syllabus
Initiatives currently include Flight Training Adelaide’s Multi Crew Pilot Licence, which is airline specific training and will reduce aircraft flying from 200 hours down to about 90 hours.  Another syllabus change for Cathay Pacific students proposes to reduce flying hours from 206 hours to 155 hours.

Advanced Entry Course
New courses have been designed to acknowledge prior commercial pilot experience.  This will mean advanced cadets fly 57 hours instead of 206.

Simulators
Flight Training Adelaide is increasing its number of flight simulators from three to seven.  Flying training conducted in these state of the art advanced training simulators will replace flying in aircraft.

Other flight training operators at Parafield Airport include: 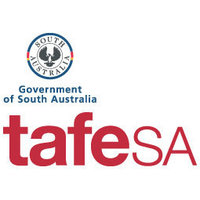